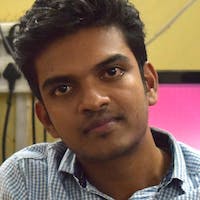 Subscribe to my newsletter and never miss my upcoming articles

Listen to this article

Serverless Applications built around AWS lambda reduces a lot of worries for organizations. They don't have to worry about the administration or the maintenance of the infrastructure . AWS takes care of it including capacity provisioning, auto-scaling, monitoring, and logging. But that's not all, there are some 'gotcha' if you don't understand clearly how lambda scales and how concurrency works in AWS. In this article let's try to understand how concurrency works in Lambda and how to avoid Lambda Throttling because of concurrency reasons.

In simple terms, concurrency can be defined as the number of instances serving requests at a given time.

The ability of Lambda to provision and un-provision instances based on demands is called Auto Scaling. When the traffic is reduced the additional instances are stopped and thus giving a huge advantage in terms of cost as you are only paid for the time the instances were serving the requests.

Consider the above example, the lambda takes 200 ms to process a request. If the lambda receives 5 requests per second(1000 ms) then the same instance can handle it. So the concurrency of the lambda function is 1. But if one more request is made within that second then another instance is created thus increasing the concurrency to 2.

Concurrency can be calculated using the below formula-

When we think serverless, there is always an assumption that the lambda can scale to serve thousands of requests per second. It is true but there are regionals concurrency limits on all the lambda functions within a region in your account.

It's a soft limit and you can request AWS Support to increase this limit by creating a quota increase request.

There are two types of concurrencies -

If you want to throttle a function, you can set the reserved concurrency to zero. This stops all requests failure until you remove the limit.

Before understanding provisioned concurrency, let's understand what is Cold Starts in Lambda -

There are scenarios where you cannot afford such delays. To overcome this, we may need to keep the function's execution environment always up and running. AWS came up with the concept of Provisioned Concurrency, where we specify how many instances we want to be always warm and ready to serve the requests.

So far we know that there is a default unreserved concurrency set to 1000. That means all requests beyond 1000 concurrent execution will throttle. It's a soft limit so we can increase it to Hundreds of thousands based on the traffic your application serves.

Even if you increase the regional quota beyond 1000, there is one more hard limit that may throttle your function. The limit is called the Burst Limit, it varies in different regions between 500 to 3000. After the initial burst, your function can add 500 instances every minute until it reaches reserved concurrency or regional quota. Additional requests within this timeframe will throttle. We will with an example of how Burst Limit works.

Let's assume you have a simple serverless application with API Gateway, A Lambda and DynamoDB deployed in the us-east-1 region. It has a regional quota of 1000, Burst Limit of 3000 and you haven't increased the regional quota yet.

Now the application starts receiving constant 4000 requests per second with each lambda taking one second to complete. That means the application expects 4000 instances of the function running i.e. the concurrency to be 4000. 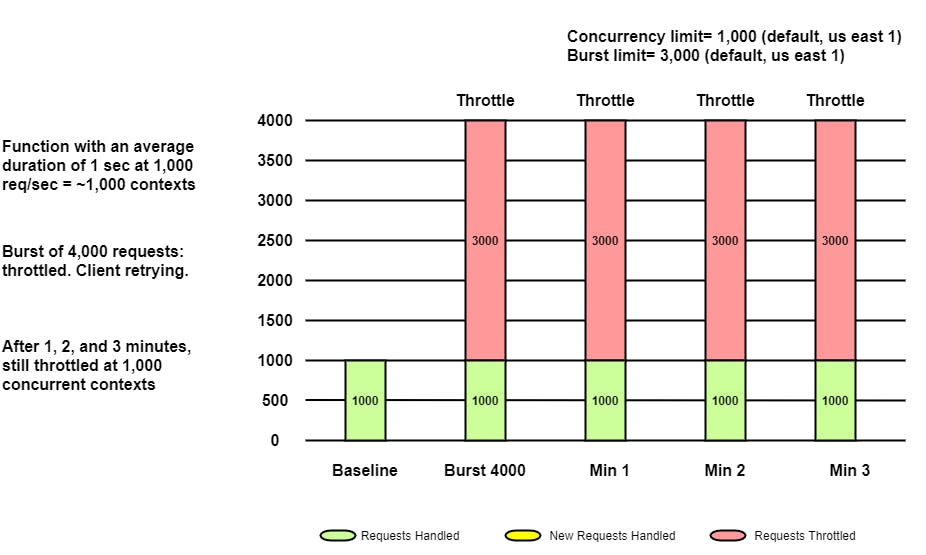 As long as the same requests are coming, only 1000 will be served and 3000 will throttle. 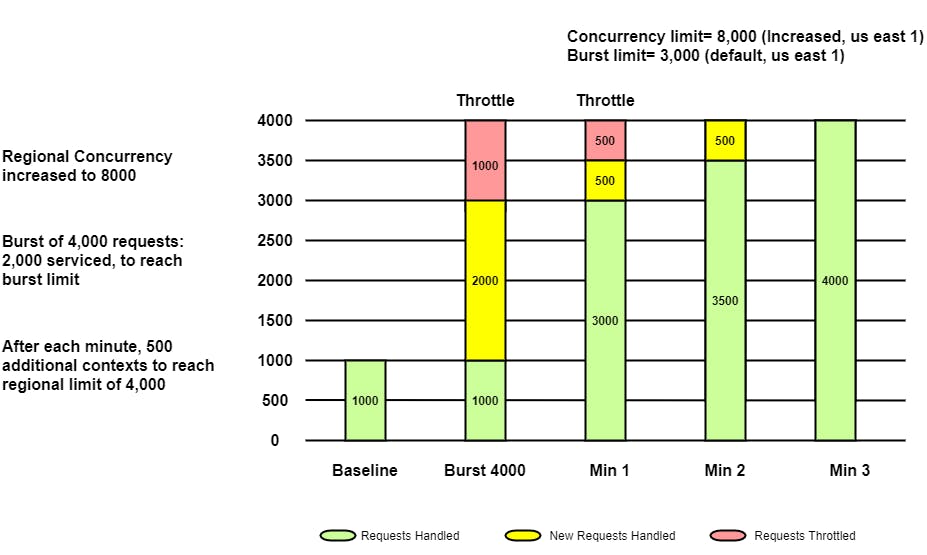 Now that you know your application needs 4000 concurrent executions, you request AWS for a quota increase to 8000(anything beyond 4000). Remember the Burst limit is a hard limit, so even if you have increased the regional quota, it does not guarantee the throttle-free behavior of the application.

Earlier the application was using 1000 instances, now with the increase in regional limit the function bursts out to provision additional instances up to Burst Limit i.e. in the case of us-east-1 is 3000. So additional 2000 instances are provisioned.

This is how Burst Limit adds 500 instances every minute to serve the traffic. But it's clear that the lambda is still throttling some requests up to one minute. 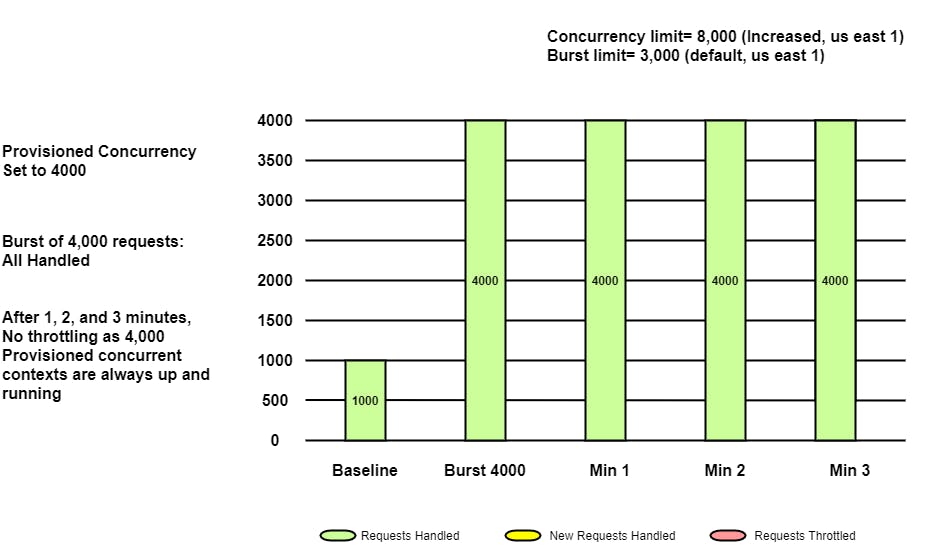 Even after increasing the regional quota, we realized that the Burst limit causing the function to throttle. To overcome this problem, Provisioned concurrency can be used. So if we allocate provisioned concurrency to 4000, at any moment 4000 instances of the lambda are always up and running.

In this case, if the application is receiving 4000 requests per second, all requests will be served without throttling. As it's already beyond Burst Limit, even if the number of requests is increased, those will be served up to the increased regional limit, here 8000.

By understanding how concurrency works in Lambda, what are hard and soft limits, how to increase those limits, and how to use provisioned concurrency, we have learned a better way to build a highly available serverless application without being throttled because of Lambda Concurrency.